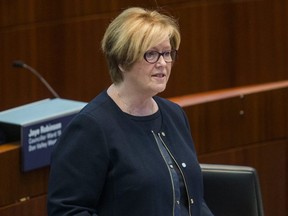 Sometimes a politician blurts out the truth.

Despite the low ridership and a massive infusion of cash needed to stay afloat, the TTC gave a huge raise to their CEO Rick Leary.

Carroll said she asked for it to be sent back for review, “because this is not in compatibility with the policies during the pandemic.”

Later on the same show NEWSTALK1010 pundit and former political advisor Deb Hutton said, “I don’t know how you don’t know this. I don’t know if she was off running for the provincial Liberals instead of doing her job, I have no idea. Then she says when she read about it in the paper she asked for a review and then five days later she doesn’t have an answer. I couldn’t believe it. We pay her to do a job.”

CP24 reports, “TTC board chair Jaye Robinson pointed out that Leary’s salary was adjusted based on the terms of his contract as well as “an industry-wide scan of comparators to ensure that the compensation remains competitive.”