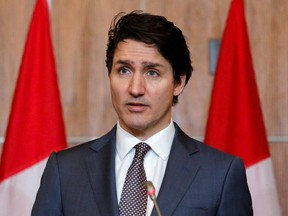 Prime Minister Justin Trudeau’s carbon tax, which rose by 25% to $50 per tonne of greenhouse gas emissions on Friday, doesn’t just increase the cost of gasoline.

The tax, which came into effect in 2019 at $20 per tonne and increases annually on April 1, applies to 22 types of fossil fuel energy.

Here’s a look at the full impact of Trudeau’s carbon tax from now until 2030. (All figures rounded.)

VEZINA: How to prepare for the next pandemic and other disasters