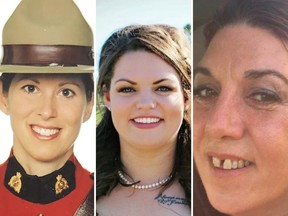 In the seconds after a Mountie sped past a gunman wanted for a murderous rampage in Nova Scotia two years ago, the officer hesitated about whether to give chase, and by the time he did the suspect was gone.

Public inquiry documents released Thursday describe in detail for the first time an encounter between Cpl. Rodney Peterson and the killer on April 19, 2020. The two men — one a real Mountie and the other an impostor in a police uniform driving a replica RCMP vehicle — passed in opposite directions just before 9:48 a.m. on Highway 4 in the community of Glenholme.

Moments after the killer went by him, fleeing the scene, Peterson struggled to determine his next move.

“I’m trying to decide, should I stop, slow down, talk to this person, or keep going?” Peterson would recall in an interview with commission lawyers.

“So, I said, ‘If I stop and this is the bad guy, I’m going to get shot here, I’m going to get killed. If I continue on, that will give me a chance to turn around and pursue him, or to do something,”‘ he told the interviewer.