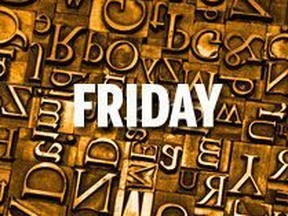 HEY WILL, GO TO UKRAINE

Re “Will the Academy rescind Will Smith’s Oscar?” (Jerry Agar, March 29): Here are the facts: Will Smith laughed heartily at Chris Rock’s joke about his wife’s shaved head. Jada Pinkett Smith rolled her eyes and did not laugh. Will Smith then strode up on stage and gave Chris Rock a heavy slap across the face. Smith then returned to his seat and shouted, twice, at Rock, “Keep my wife’s name out of your f***ing mouth!” Smith was not removed from the venue by security. Indeed, after being consoled by, among others, Denzel Washington, he, shortly after the assault and battery, strode up on stage from his front-row seat to accept an Oscar. He told the audience love made him do it and that he was a vessel of love. Not only was he not booed by the audience, they cheered loudly with many standing to do so. His son tweeted, “And that’s how we do it.” Later, Will Smith was seen dancing happily to his own music at an after-party. It that’s how we do it — if that sequence of facts and events represents the morals of America, or even just the influential Hollywood segment of it — then we should go much further than just rescinding Smith’s Oscar. We should send the lot of them to Ukraine to see what being a victim really is and when violence in defence of yourself or your family is warranted. Once Will Smith slaps around a few Russian generals, all will be forgiven.

(Could you imagine that for a moment? They would run away at the site of enemy forces)