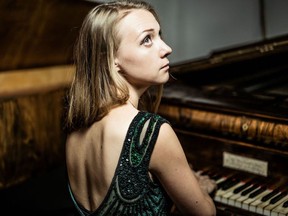 Olga Pashchenko, who calls The Netherlands home, is fortepiano professor at the Conservatory of Amsterdam in addition to her concert performances and recording work. Photo by Yat Ho Tsang

Pashenko began her career early, giving a New York recital at the ripe old age of nine. As she progressed to advanced study, the world of historical keyboards opened up for her. At the Moscow State Tchaikovsky Conservatory she studied fortepiano and modern piano with Alexei Lubimov, harpsichord with Olga Martynova and organ with Alexei Schmitov.

Some spring nail inspiration for your next mani