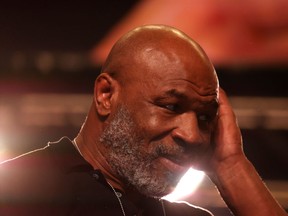 A man who pulled a gun on Mike Tyson after challenging him to a fight got a very unexpected reaction from the boxer – a hug.

The incident took place at a rooftop bar in Hollywood where Tyson and some friends showed up to attend a comedy show.

Tyson, who appeared unfazed and sat calmly throughout the entire ordeal, called the man over.

Tyson was patient and simply listened to the man, who got close enough to shake hands with his apparent idol – before Mike pulled him in for a hug.