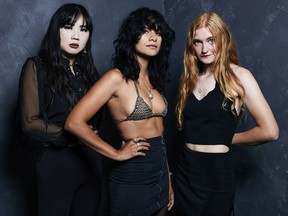 With their sophomore album Play with Fire, Los Angeles-based L.A. Witch conjures up a rich brew of punk, garage and psychedelic sounds. Expanded to a quartet for their current tour, the band was slated to bring Sexorexia,