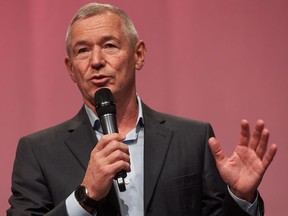 Russian President Vladimir Putin sent his troops into Ukraine on what he calls a “special military operation” to demilitarize and “denazify” Ukraine. Ukraine and the West say Putin launched an unprovoked war of aggression.

According to a Forbes profile https://www.forbes.com/profile/igor-makarov/?sh=11028cea5c01, Makarov is the founder of Itera, Russia’s first independent gas company.

Rosneft bought Itera https://www.reuters.com/article/us-russia-rosneft-itera-idUSBRE9610FB20130702 from its founder in 2013, and the company was later rebranded as ARETI International Group of Companies.

AGAR: Will the Academy rescind Will Smith's Oscar?