Steven Page says as long as the suit comes back from the dry cleaners, he’s ready to sing with a symphony

Steven Page says as long as the suit comes back from the dry cleaners, he’s ready to sing with a symphony 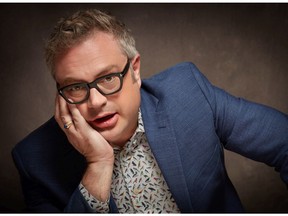 “When the whole thing hit, I was in Stratford prepping a new musical that I had just written with Daniel MacIvor, which was due to premiere in May 2020,” said Page. “It was a seven-year adventure coming to a peak that just went black, but I still had an album in the works that I could finish-up. Now it’s two years later, the album isn’t done yet and, like many who were planning to pen the great Canadian novel over this period, I’m learning to forgive myself.”

He started doing livestreams. But he had his reservations about entering the online traffic jam of home-shot jams. After all, “was it just something else we now had to also do for free?”

“But then I saw how Dan Mangan and Side Door had pivoted so well with his regular shows and how good they were, so I gave it another go,” he said. “And here I am putting the final touches on Episode 84 of a mix of doing whole albums, theme or request shows and so on. In a way, it’s brought me closer to fans than ever, certainly made me a better guitarist than I’ve ever been and kept the muscle memory honed.”