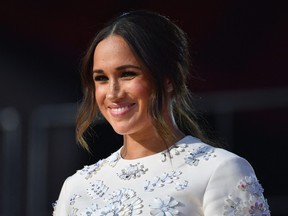 Thomas Markle has vowed to give evidence against his daughter Meghan, the Duchess of Sussex.

The 40-year-old royal is being sued for defamation by her half-sister, 57-year-old Samantha Markle, who has claimed the former ‘Suits’ actress made “false and malicious statements” about her in her bombshell interview with Oprah Winfrey last year, and now the women’s father has admitted he backs his eldest daughter and would be willing to give evidence on her behalf.

Samantha filed her lawsuit earlier this month and accused Meghan of spreading lies in order to promote the idea she’s overcome a difficult family situation, and highlighted the fact the former ‘Suits’ star told Oprah she was an “only child”, despite sharing the same father as Samantha and her brother, Thomas Markle Jr..

The writer also disputed Meghan’s claim in the interview that she’d last seen her half-sister “at least 18, 19 years ago and before that, 10 years before that”, and that Samantha only changed her own surname back to Markle when the former actress began generating headlines for her relationship with Harry.

Samantha claimed Meghan has fabricated stories of growing up in “virtual poverty” because her dad paid for her to attend dance and acting classes, and “elite and expensive private schools”.

Posthaste: If you think inflation is bad now, hang on to your purse strings