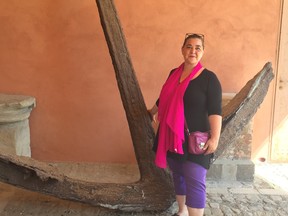 After 23 years at the Coastal Jazz & Blues Society, Rainbow Robert is leaving her role as managing director and artistic programming of the TD International Jazz Festival.

She has held the position since 2018.

Robert began working with the jazz festival as support for former executive director Robert Kerr, before moving over to the programming side with a focus on local programs. She assumed a leadership role after late founding artistic director Ken Pickering retired in 2017.

Respected throughout the jazz and improvised music community for her passion and understanding of the genre, Robert’s programming brought incredible new talents to festival goers and audiences throughout the year. She also continued to develop and foster local talent, giving local artists the kind of presence at the festival that brought them global attention.

The 2021 festival featured 51 performances by female and non-binary-led bands and 41 by groups lead by people of colour. A total of 32,276 people attended the event.

“Rainbow will be deeply missed by staff and the jazz community, and it is our goal to continue to uphold the standard of artistic excellence she has brought to the organization,” says Coastal Jazz & Blues Society’s Executive Director, Nina Horvath.

More news, fewer ads, faster load time: Get unlimited, ad-lite access to the Vancouver Sun, the Province, National Post and 13 other Canadian news sites for just $14/month or $140/year. Subscribe now through the Vancouver Sun or The Province.