Canada’s jobless rate plunges to pre-pandemic lows, proving the COVID recession is over

Canada’s jobless rate plunges to pre-pandemic lows, proving the COVID recession is over

Kevin Carmichael: The case for higher interest rates was strong before these jobs numbers. It is even stronger now 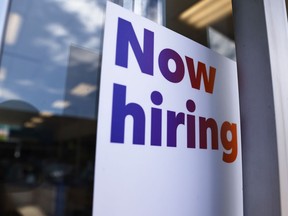 Canadian employers added 337,000 jobs in February, exceeding the number of positions lost in January amid a new round of strict health restrictions implemented to fight the Omicron virus by more than 100,000, proving definitively that the COVID-19 recession is over.

The latest hiring numbers show the economy quickly righted itself after taking a brief knock from the fifth wave of COVID-19 infections. The unemployment rate fell to 5.5 per cent, dropping below its pre-pandemic level for the first time, Statistics Canada reported on Friday.

Bay Street will be astonished by the numbers. The median estimate of forecasters suggested most were expecting an increase of about 160,000 jobs, and that the jobless rate would only fall to 6.2 per cent from 6.5 per cent in January. The value of the Canadian dollar rose after the release. 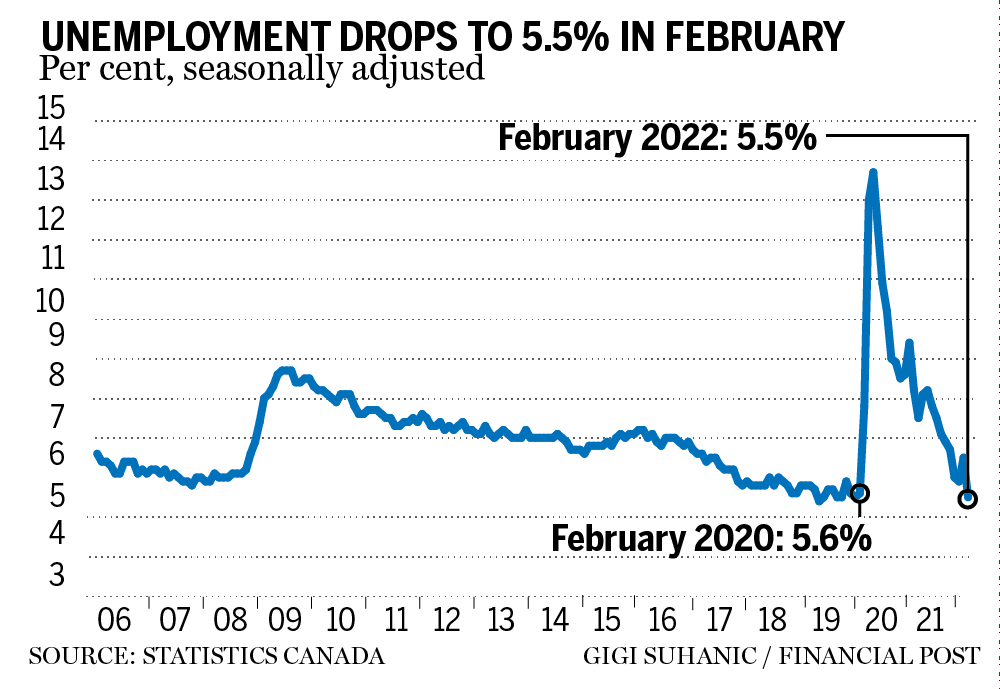 If there was any doubt that Canada’s recovery from the pandemic-led recession was complete, it is now gone. The Bank of Canada had already concluded the current economic output aligns with its estimate of what the country’s businesses and workers can produce without triggering inflationary forces, and has started down a path that will lead to steadily higher interest rates this year. Policy-makers started with a quarter-point increase on March 2, lifting the benchmark rate to 0.5 per cent.

The war in Ukraine is a new wildcard in any economic outlook. Eastern Europe is far away, and Canadian companies and investors have relatively little exposure to Russia, which has been all but expelled from the global financial system in retaliation for its invasion of a neighbouring country that posed no threat. Still, anything that roils the global economy will have implications for Canada, given its reliance on trade. Slower growth abroad will mean slower growth here.

However, the Bank of Canada’s preoccupation, for now, is inflation, as the consumer price index is advancing at its fastest pace in more than 30 years. The war is stoking even more inflation by putting more upward pressure on commodity prices. The case for higher interest rates was strong before the latest jobs numbers were released. It is even stronger now.