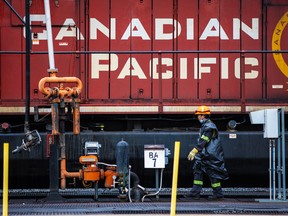 Canadian Pacific Railway Ltd. is winding down operations across the country after the company and union failed to reach an agreement by the 12:01 a.m. deadline on March 20.

The latest development since negotiations began in September has ended in finger pointing, with both sides claiming that the other initiated the work stoppage.

At 11:42 p.m. on March 19, Stéphane Lacroix, a spokesperson for Teamsters Canada Rail Conference (TCRC), issued a statement that said a lockout would begin after midnight.

“We are very disappointed with this turn of events,” said Dave Fulton, Teamsters spokesperson at the bargaining table. “They set the deadline for a lockout to happen tonight, when we were willing to pursue negotiations. Even more so, they then moved the goalpost when it came time to discuss the terms of final and binding arbitration.”

A cocktail to welcome spring