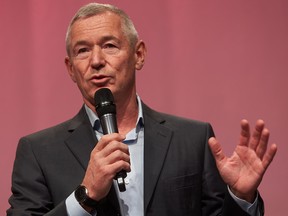 Russian billionaire Igor Makarov’s firm sold more than half its stake in Canadian natural gas producer Spartan Delta Corp., in one of the first known public divestments of a Canadian asset by a Russian since the beginning of the war in Ukraine.

Makarov’s Areti Energy SPV, which until the sale was the largest shareholder in Spartan Delta, sold 15 million shares, representing 9.8 per cent of the Calgary-based company, for $8.10 per share, according to a Monday statement by Makarov’s Switzerland-based company Areti Energy S.A. Total proceeds were $121.5 million.

“The purpose of the share sale is to generate immediate liquidity and reduce Areti’s overall economic exposure to Spartan,” the firm said in the statement. Makarov, a former Russian cyclist, isn’t sanctioned in Canada. Areti still owns about 8.4 per cent of the company, the statement said. The firm didn’t reply to a request for comment.

Last month, the Canada government said it was examining assets of Russian oligarchs inside Canada and considering more sanctions. Roman Abramovich, owner of Chelsea FC in the English Premier League, is the largest shareholder in Evraz Plc, which owns metal facilities in Regina, Calgary and Edmonton.