It’ll be a light year for new family vehicle reveals, but the ones we’re expecting will be interesting 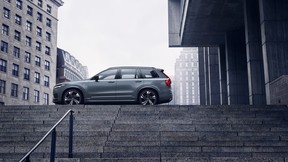 The automotive industry works in cycles. Typically, every six to eight years or so, a vehicle will be completely redesigned and presented with enormous fanfare. Automakers often cluster these announcements together by segment so that they can try to outdo one another as they list their improvements.

Family vehicles like three-row SUVs and minivans have been in the spotlight recently, with entirely new models and complete redesigns having been commonplace among larger SUVs and minivans over the past four years. On top of that, the push to electrification is starting to make its way into larger vehicles, but for the most part these won’t arrive for another two years or so.

As a result, the slate of next year’s reveals we know about at this stage is relatively light. That’s not to say the ones that are on deck aren’t interesting, though: there are several on this list that we expect to find intriguing and appealing. Here’s a look at the new family vehicles we have to look forward to in 2022.

Sometime in 2022, Mazda is responding to this trend by releasing two new SUV models, both based on an entirely new large-format platform. The CX-90 will replace the CX-9, and will be equipped with three rows of seats; and the new CX-70 will slot in just below it size-wise as a dedicated two-row offering. Both will be sold with either a new turbocharged inline-six-cylinder gasoline-powered engine; or a plug-in hybrid powertrain.

Mazda says these vehicles will both be “optimized for Canadian consumers with expanded interior cabin and cargo spaces,” which to us suggests that the CX-90 will be larger in proportion than the current CX-9, and that the CX-70 will take up the resulting gap in the mid-size market.

When the Mitsubishi Outlander PHEV first landed in Canada in 2018, it quickly became the best-selling plug-in hybrid vehicle in Canada. This is despite the previous-generation Outlander leaving some to be desired in build quality and materials, which demonstrates that the Outlander PHEV’s proportions, capabilities, and fuel efficiency were the points that mattered more to Canadians.

Next year, though, a new generation of Outlander PHEV is due to arrive, and this one won’t be saddled with these same issues. The latest Outlander is significantly improved thanks to its status of one of the brand’s first vehicles to benefit from the Renault-Nissan-Mitsubishi alliance that officially took form in 2017.

On top of the much-improved styling, quality, and materials, the next Outlander PHEV will have a 20-kWh battery initially rated as being capable of 87 kilometres of electric-only range. (This is according to WLTC, a globally harmonized testing protocol. Expect Canadian figures to be lower to account for our harsher-than-average climate.)

We expect Mitsubishi to offer the third row of seats in Canada, or even make it standard here. If pricing is also even remotely in line with that of the current model, this should be a fast favourite in our market when it arrives late next year.