Can-Am, once a maker of competitive off-road motorcycles, returns to its two-wheeled roots 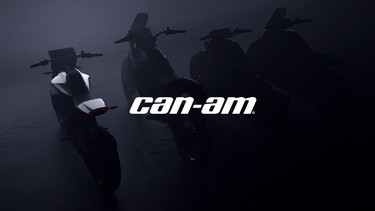 If you rode dirt bikes in the 1970s, you’re familiar with the Can-Am name, which originally flanked the fuel tanks of Canadian-made motocross and enduro motorcycles from 1973 to 1982. Those bikes were immediately competitive, winning gold in the International Six Days Trial in 1973; and topping the AMA 250cc motocross championship in 1974.

Part of the Bombardier group at the time, money was eventually diverted to the production of trains and aircraft, and while motorcycles continued to be produced under licence in the U.K., Can-Am two wheelers disappeared altogether in 1987.

The Valcourt, Quebec-based company announced on March 25 that it will once again produce motorcycles, this time of the electric variety. “With the motorcycle industry shifting to electric, we saw an opportunity to reclaim our motorcycle heritage and to re-enter the market,” said president and CEO of BRP, José Boisjoli.

In 2018 BRP bought technological assets from the creditors of American electric motorcycle maker Alta Motors, after that company folded. Last year it announced plans to offer electric models in each of its product lines – which includes ATVs, watercraft, snowmobiles, and Spyder three-wheelers – by the end of 2026, and has shown a variety of electric concept vehicles in the past. The motorcycles are the first electric vehicles to be confirmed for production, and are slated to hit market by mid-2024.