The rumour hasn’t been confirmed by the automaker, but poor sales numbers point toward it being likely 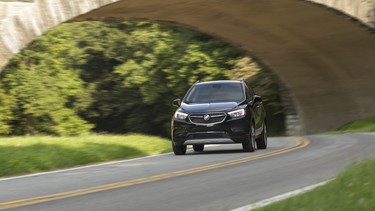 General Motors may be making some significant changes to its SUV lineup, with rumours that the Buick Encore and its sibling Chevrolet Trax won’t be back after they finish out the 2022 model year.

Both are the smallest and least-expensive in their respective sport-ute lineups, with the 2022 Trax starting at just over $22,000 in Canada; and the Encore around $25,000.

Ukrainian children with cancer being flown to Canada for treatment