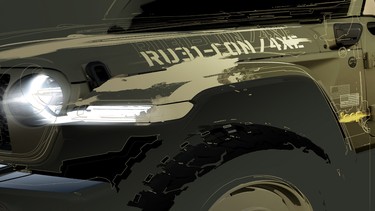 Jeep is keeping up its slow roll-out of teasers ahead of this year’s Easter Safari – its annual Utah off-roading gathering, where it typically shows off a half-dozen hand-built prototypes – with a fourth “flag marker” indicating precisely where the company sits on criticisms á la “They don’t build ’em like they used to!” See, this latest one-off off-roader will make that maxim out to be only half-right.

Because while it’s true they did build ’em for the military – in numbers reaching clear over the half-million mark – they didn’t build ’em like this, with an electric powertrain underneath.

Theatre review: Made in Italy’s Timoteo’s got talent

Arcade Fire has a new album, a departing member, and a controversy

Arcade Fire has a new album, a departing member, and a controversy