Lorraine Explains: How can I save on fuel without buying an EV?

Lorraine Explains: How can I save on fuel without buying an EV?

Fuel is pressing toward 2 bucks a litre, but there are still some tricks to trim your bill 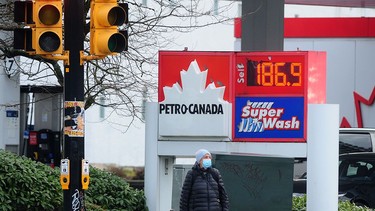 Gas prices hit a record 186.9 cents a litre as the effects of the Ukraine crisis are seen in Metro Vancouver on Wednesday. Photo by Nick Procaylo /PNG

Nearly ten years ago, I did a rather ridiculous cross-country trek from Halifax to Vancouver with Shell and a couple who are professional hypermilers. They don’t call themselves that, but that is what they are, and that is what we did. I went into the adventure like I do most: I commit, I show up, and I give it my best shot. The goal was to use every trick and tip to conserve gas.

As we crawled across the TransCanada Highway saving fuel (the new Passat we were driving consumed just four-and-a-half tanks of gas), the team also at times drove dangerously slow, pissed off people in every province we traversed and were absolutely exhausted as drivers. However. It also made me more aware of how a vehicle consumes fuel and made me understand you don’t have to go to excessive lengths to maximize your fuel economy. As prices at the pumps skyrocket, it’s a good time to revisit some of those lessons.

Slow down. Going 120 km/h instead of 100 km/h adds about twenty per cent to your fuel costs. Keep to the right-hand lane and use your cruise control. Added bonus: on longer trips especially, you’ll save yourself the mental stress of getting triggered by other drivers determined to pass you, or prevent you from passing them. Too many drivers have a bizarre “in it to win it” thing going on, and removing yourself from the game is easier on you and your passengers. I was raised believing that other drivers were not allowed to pass us: my father made it his mission to defend his turf, and he was rewarded with a backseat full of barfing little girls. Gas was cheap back then, so he could terrorize us for very little. Don’t be my Dad.

Get rid of excess weight. Whether it’s out of season sports equipment or a trunkful of things you mean to drop off to Value Village someday, clean it out. There are some who even argue driving with a full fuel tank is adding weight, but that’s one choice where safety should win. I don’t travel on fumes, nor should you.

Menu plan. I know, you didn’t come here for recipes. But think how many times you run out just to grab something. Do more planning upfront, and consolidate errands. There will always be curveballs, especially if you have kids or work erratic hours. Eliminating even two short trips in a week will add up.