Mercedes says it may lose US$2.2 billion in assets in Russia

Mercedes says it may lose US$2.2 billion in assets in Russia 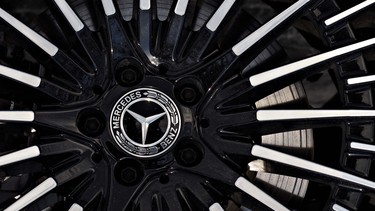 Russia’s threats to nationalize foreign companies that abandon their facilities within the country might cost Mercedes-Benz some 2 billion euros (US$2.2 billion) in assets lost behind the former Iron Curtain.

Besides the revenues lost from business disruptions, “these risks could be exacerbated by the potential expropriation of assets of Russian subsidiaries,” said the German luxury automaker. That includes a manufacturing plant that produces E-Class sedans and SUVs.

Meanwhile, Elon Musk — who has graciously donated Starlink terminal Powerwalls to Ukraine’s war effort — is also expecting commodity pricing to hit Tesla hard. With the prices of nickel reaching new highs, Tesla has already raised prices of its Model 3 and Model Y by US$1,000 in the United States. TSLA shares have dropped 25 per cent since the beginning of 2022.