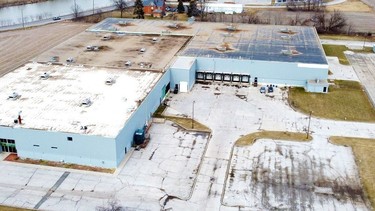 First, a blockbuster $5-billion electric vehicle battery plant is announced for Windsor that will employ 2,500 people.

Now, a week later, a new auto parts plant in Chatham – feeding off the same transition from gas-powered to electric vehicles that is rippling across Southwestern Ontario’s auto industry – has been announced.

The enclosures will be built at the former Crown Metal Packaging plant, a 15,794-square-metre (170,000-square-facility) in Chatham that’s been vacant since that company ended production there in late 2015.

“As of now, we do not plan to expand, but you just never know what the future holds,” Page said.