Porsche and Pixar to make real-life Sally Carrera from ‘Cars’

Porsche and Pixar to make real-life Sally Carrera from ‘Cars’

Based on the latest 992-generation Porsche 911, the one-off fully functional Sally will debut IRL at SXSW in Austin, Texas 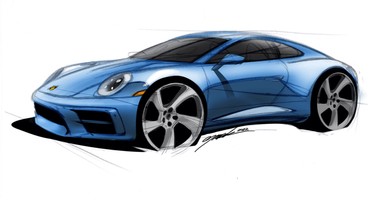 Porsche is creating a one-off Carrera based on a character from the Disney and Pixar film franchise Cars.

She’s called Sally Carrera, and on the screen she’s a lawyer (well, a lawyer for cars) and, in the first Cars movie from 2006, the love interest of protagonist Lightning McQueen.

“We are, for the first time ever, going to build a brand-new street-legal Porsche 911 inspired by the special character we created — Sally Carrera. Only one will ever be made. It will be auctioned with all proceeds specifically aimed to help children, supporting education programs for young girls in the U.S. through Girls Inc. and refugee families fleeing Ukraine, predominantly women and children.”

Do you recognize these two alleged Surrey bank robbers?

Do you recognize these two alleged Surrey bank robbers?