Construction of the plant may begin next quarter, say sources, with battery production starting 2024 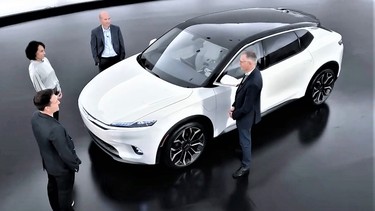 Stellantis and LG Energy Solution will build their new battery plant in Ontario, Canada, according to a person familiar with the matter, with an official announcement likely on March 23.

The Canadian government’s incentives for clean-energy businesses helped lure the companies, the person said, asking not to be identified because the decision isn’t public.

Ontario’s next provincial election is expected to be held in June.

How Stepan, Ukraine’s most famous cat, escaped the war to safety

How Stepan, Ukraine's most famous cat, escaped the war to safety