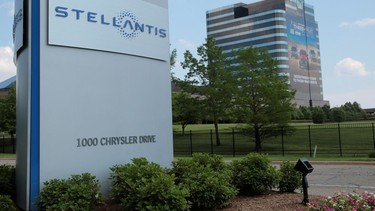 A Stellantis sign is seen outside its headquarters in Auburn Hills, Michigan, U.S., June 10, 2021. Photo by REBECCA COOK /REUTERS

For what local officials billed as the largest private sector investment in Ontario history, Premier Doug Ford confirmed Wednesday in Windsor that the city has landed the nation’s first auto battery factory.

The federal and provincial governments and city of Windsor will combine to offer incentives expected to total hundreds of millions of dollars.

“It needed cooperation between governments at the federal, provincial and municipal levels to get this across the line.”