Nygard is scheduled to appear in court in Montreal on Tuesday, according to the Quebec prosecutor’s office. 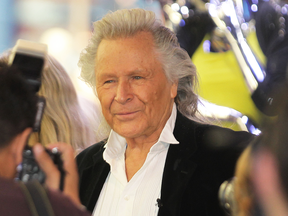 Peter Nygard at a 2013 event in Winnipeg. Photo by Kevin King/Postmedia/File

Canadian fashion mogul Peter Nygard has been charged in Montreal with sexual assault and forcible confinement.

Nygard, who is also facing sex-related charges in Toronto and the United States, is scheduled to appear in court on Tuesday, according to the Quebec prosecutor’s office.

An arrest warrant alleges that between Nov. 1, 1997, and Nov. 15, 1998, Nygard sexually assaulted a victim identified only by their initials.

The document also alleges that during the same period, Nygard “did confine, imprison or forcibly seize” the same person in Montreal.

Last fall, Nygard was charged in Toronto with six counts of sexual assault and three counts of forcible confinement in alleged incidents dating back to the late 1980s and mid-2000s. He has denied those allegations.

Nygard is also facing extradition to the United States.

He was first arrested in Winnipeg in 2020 under the Extradition Act after being charged with nine sex-related counts in New York. Authorities in the U.S. allege he used his position in the fashion industry to lure women and girls.

Nygard, who has denied the allegations through his lawyer, had agreed to be extradited to the U.S. to face a charge of sex trafficking.

Last week, federal Justice Minister David Lametti said he issued an order stating Nygard could be extradited to the U.S. only after his legal proceedings in Canada are completed.

The former head of a multimillion-dollar clothing company also faces a class-action lawsuit in the U.S. involving 57 women with similar allegations.