Hate crimes up 37 per cent in 2020, other crime down: Statistics Canada

Hate crimes up 37 per cent in 2020, other crime down: Statistics Canada

Statistics Canada said 2,669 hate crimes were reported to police in 2020 — the highest number since comparable data became available in 2009. 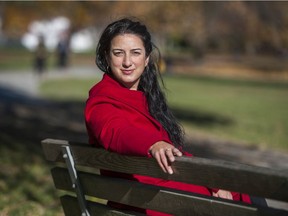 Canada had a 37 per cent increase in hate crimes during the first year of the COVID-19 pandemic, a statistic that advocates say shows the need for awareness of what racialized citizens face.

Statistics Canada said 2,669 hate crimes were reported to police in 2020 — the highest number since comparable data became available in 2009.

That’s even as the report shows the overall rate of police-reported crimes, excluding traffic offences, dropped 10 per cent from 2019 to 2020.

Statistics Canada says police-reported hate crimes targeting race or ethnicity rose 80 per cent in 2020 compared with 2019 and accounted for the bulk of the national rise.

“It’s not the theme of this week or month. It’s an ongoing issue,” she said in an interview.

The report notes that the COVID-19 pandemic “brought to light” how Canadians of different races viewed their safety.

“We’re all Canadians. There’s no one less Canadian than anyone else. (Race) shouldn’t be an issue in our country,” Choo said.

The highest increases in police-reported hate crimes were in Nova Scotia, British Columbia and Saskatchewan, the report says.

“It mirrors closely what community members across B.C. have been saying for nearly two years about not only hate crimes, but hate incidents more broadly,” she said in a statement.

Govender’s office launched a public inquiry in August 2021 into hate during the COVID-19 pandemic, and she said “the pandemic has created a breeding ground for pre-existing hateful beliefs.”

“We need to acknowledge the conditions under which hate flourishes in order to address it.”

Both violent and non-violent hate crimes increased compared with 2019 and contributed “fairly equally” to the overall rise in hate crimes in 2020, Statistics Canada says.

How do I step back from a 60-year friendship? Ask Ellie

How do I step back from a 60-year friendship? Ask Ellie