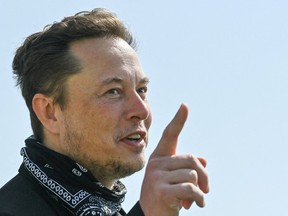 Elon Musk is challenging Vladimir Putin to a fight, with the winner taking Ukraine.

Musk has provided Internet support to Ukraine during the war, as well as tech resources. He gave Ukraine access to SpaceX’s satellite-internet system Starlink, a system of some 2,000 satellites designed to bring web access to underserved areas of the world.

Musk followed up with another Tweet in Russian, to see if Putin received his message. Translated, it said: “Do you agree to this fight?”

The billionaire and the dictator both have “fighting” experience.