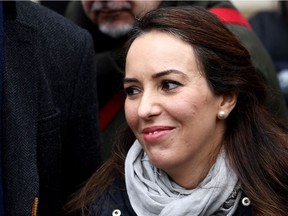 Assange is wanted by U.S. authorities to face trial on 18 counts relating to WikiLeaks’ release of vast troves of confidential U.S. military records and diplomatic cables.

The 50-year-old, who denies any wrongdoing, has been held at Belmarsh prison since 2019 and before that was holed up in the Ecuadorean embassy in London for seven years.

While living at the embassy he fathered two children with Moris, a lawyer more than a decade his junior, who he met in 2011 when she started work on his legal team. Their relationship began in 2015.

The registrar-led ceremony will take place during visiting hours at the prison, where some of Britain’s most notorious criminals have served sentences, including child murderer Ian Huntley.