FUREY: There’s no need to fear populism coming to Canada

FUREY: There’s no need to fear populism coming to Canada 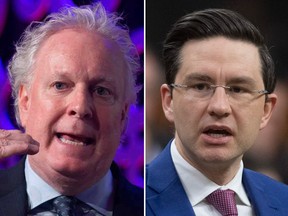 The number of times someone has mentioned the name Jean Charest to me in the past decade, even if just in passing, is close to zero.

The only time the former federal Progressive Conservative leader and Quebec Liberal Premier has really come up in conversation has been in the context of: “Omg, did you hear Charest was consulting for Huawei to help them deal with the Meng Wanzhou issue?!” (Yes, he really did.)

That last word is key: Populism.

It means different things to different people. Some welcome it. Some fear it. But for anyone in an establishment position — for those who fancy themselves gatekeepers — what populism means to them is a potential loss of control as more people outside of the system ascend to influence and reframe the terms of debate.

Ukraine in post-war Europe had its struggles before gaining independence

Ukraine in post-war Europe had its struggles before gaining independence