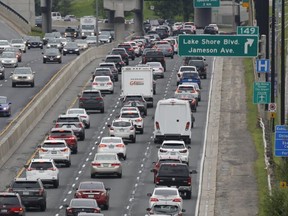 Traffic is seen on the Gardiner Expressway in Toronto. Photo by Jack Boland /Toronto Sun

If past practice is the best indicator of future performance, take Prime Minister Justin Trudeau’s about-to-be-announced plan to dramatically lower Canada’s greenhouse gas emissions by up to 45% below 2005 levels by 2030, with a huge grain of salt.

Here’s a brief history of what happened.

How to Claim Work-From-Home Expenses on Your Taxes