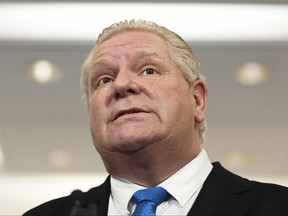 Ontario Premier Doug Ford has abandoned fiscal conservatism and is spending money at a faster rate than the previous Liberal government headed by Kathleen Wynne, according to a new study by the Fraser Institute.

In fact, the report says, Ford’s Progressive Conservative government could balance the province’s books next year by reducing program spending in its April budget to the level of the Wynne government in 2015-16, adjusted for inflation.

The report projects the government would need to cut its annual spending by 4.8%, or $9.1 billion, from this year’s budget to balance the books next year adding, “such a reduction would still leave per-person spending (adjusted for inflation) higher than it was in the fiscal year 2015-16.”

“The result was substantial budget deficits,” the report says.

How to bet on rugby: Handicaps, totals, player props and more