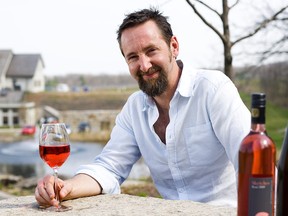 A Hamilton man is charged with murder in the death last week of famed Niagara-area wine-maker Paul Pender.

“Paul died unexpectedly under tragic circumstances,” Tawse Winery announced on its website. “We will all miss him more than words can express. He was not just our manager but our good friend as well.”

The exact circumstances surrounding his death Friday are still unclear. OPP said the incident happened at a home on Smelsers Cove Lane in Selkirk.

He also earned the title of winemaker of the year at the Ontario Wine Awards in 2011.

“Our local Ontario wine industry is heartbroken,” Wine Country Ontario tweeted Sunday. “We have tragically lost an industry legend. Paul touched the lives of so many people and deep sadness has spread near and far.”

He leaves behind his wife, Allison Findlay, three children and extended family.

His family set up a photo memorial group on Facebook where people can remember him.

“We, the family of Paul, want to gather photos of him. we are asking friends to post any pictures you’d like to share with us,” they wrote on the page.