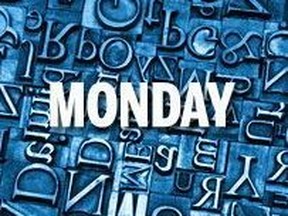 HOLD ON TO MY FREEDOM

I was thinking about our current situation with vaccine mandates, trucker convoy protests, our prime minister’s comment that it is only the fringe radical groups who are protesting, somewhat like the ”basket of deplorables” comment made by Hillary Clinton in 2016. The important issues of freedom of speech, freedom of expression, freedom of lawful assembly, freedom of choice to be vaccinated or not, freedom to keep your job, freedom to get an education, and how we can at times be distracted by focusing too much on emotional “hot-button events,” while missing the larger picture. I know people who have lost their jobs due to the mandate and cannot continue to get an education because they are not double vaccinated. I know of a young person who cannot continue her “online courses” at a college because she is not vaccinated. I think back to the 1950s and 1960s, when Dr. Martin Luther King was protesting for civil rights for African Americans, who were treated very poorly. The issue was civil rights, the right to vote, the right to get on a bus or go to school, and more. Many in the power structure then danced around these issues and attacked his character by accusing King of being a communist and an adulterer, deflecting from the real issues. I am double vaccinated. I am not against vaccines, but I stand for freedom for everyone — even folks who I may disagree with.

(Trudeau has done nothing to quell the anger and frustration. And millions of Canadians across the country support the truckers)

PARTY TO THE PEOPLE

Years ago, in an effort to make party membership more meaningful, party members rather than its parliamentary caucus were given the right to choose the party leader. Now the clock has been turned back. The party parliamentary caucus can fire its leader at will. Party membership now means nothing. You can vote for the party and donate to it, whether or not you’re a member. Why join a political party at all? The party constitution provides a logical review method for party members to pass judgment on the leader they selected. Now that is meaningless!