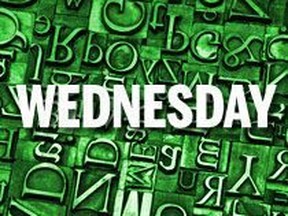 One day, when the war crimes tribunal is set up and brings Putin to justice for the genocide that he is creating in Ukraine, there also needs to be a special charge for his enablers. The European Union that denies Ukraine membership. Countries like Germany and Italy that sold their energy souls to Putin. A very special charge for U.S. President Biden who seems to never fail to remind Putin that Americans are not putting boots on the ground to help. I don’t recall Kuwait, Serbia, Iraq, etc. being NATO members when they sent the troops in. I guess it would have helped if Ukraine had oil.

Re Bill 21: It sounds nice to say we don’t judge a book by its cover. In reality, we use what we wear to reveal all sorts of things about ourselves. Also, we make assumptions (rightly or wrongly) about people based on appearance. Whether it be a MAGA hat or a burqa, what we wear tells the world a lot about our opinions and values. We Canadians are free to express ourselves however we want in our private lives, and also free to accept whatever baggage comes with those choices. Public service is a different matter. Law officers wear uniforms so that their interactions with the public are not muddled with the officer’s private opinions. Working in civil service is usually well-paying and secure work. It is not too much to ask that these workers present themselves as business-like and neutral when they serve us.