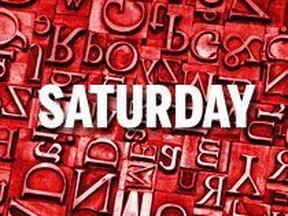 HAVE A SIT DOWN

Re “Meeting denied” (Letters to the Editor, March 17): I disagree with the letter writer about Trudeau’s refusal to meet with the truckers. Is the Supreme Leader not supposed to communicate with the masses? Is he not required to explain a change in government policy to the electorate? Justin Trudeau met and took a knee with the BLM folks. He has met with Indigenous groups. He meets with people of all backgrounds at Liberal fundraisers. In his orations, he has stated how important communication is. He even advised the Israelis to show restraint as thousands of rockets were falling down on them. To explain your policy to a group of Canadians is not too much to ask. Prior to August last year, Trudeau was insisting that we should respect the decisions of unvaccinated Canadians and that no one should be forced to become vaccinated. People travelled from as far away as British Columbia to find out why he changed his mind. Talking to Canadians is not as important on Trudeau’s list as being seen with world leaders but he has an obligation to do it.