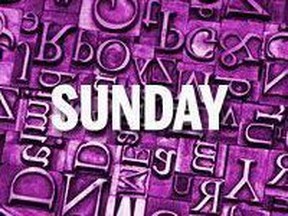 I loved the front page of the Sun on March 23. But the ‘Axis of Weasels’ picture should have been of a two-headed snake. For Trudeau it is a power grab that thanks to Singh will enable him to pass any and all motions that will further erode our rights and freedoms, dragging Canada ever closer to a dictatorship and economic ruin. One look at what happened in Ontario when Horwath sucked up to Wynne shows what we can expect to happen to our economy. Singh should be ashamed of himself, for a few measly ‘concessions’ he has given up all ethics he previously had. I hope the NDP membership kick him to the curb at their earliest opportunity. Shame on both of them for this attack on our democracy and citizens’ election rights. In the last election, we the people spoke and gave the Liberals a minority because we increasingly resent the direction Trudeau and Co. are taking Canada and do not trust Trudeau’s intentions or judgment. With this Liberal-NDP agreement, the sentiment that ‘our votes do not count’ has been confirmed as fact.

(When you step back and think about it, what is the point of the NDP now? That’s what their membership needs to think about)