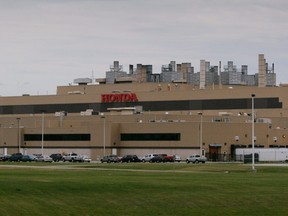 We’ve seen some bleak moments for Ontario’s auto industry during the last couple of years.

Once the biggest producer of cars in North America, the industry had seemed frozen in time, at least when it came to the production of vehicles aimed at consumers.

The retooling comes with support from the Ford government at Queen’s Park and the Trudeau government in Ottawa. Each level of government will contribute $131.6 million to the project.

Flavio Volpe, president of the Automotive Parts Manufacturers’ Association, says this investment by Honda is important on many levels. Not only is Honda the second-largest auto assembler in Ontario, but they were also the last of the five major companies to commit to staying in the province while moving toward electrification.