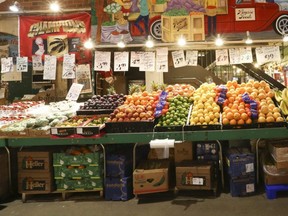 Another month, another rise in Canada’s inflation rate, with no rest in sight.

Statistics Canada put the consumer price index for February at 5.7%, higher than January’s 5.1% — and many analysts expect we will hit 6% in March.

Let’s not even start on the increasing cost of gas, which is up 32.3%, while housing costs increased by 6.6% — the biggest month-over-month hike since April 1983.

This is a level of inflation not seen in more than a generation.

The war in Ukraine hasn’t even really been factored into this inflation rate yet, but it will only make things worse. The volatile price of gas — $1.57 per litre in February, and now $1.75 per litre — will drive inflation higher again in March, as will other factors.

‘Holy crap, that was cold.’ Leafs and Sabres get first taste of outdoor hockey in Hamilton

‘Holy crap, that was cold.’ Leafs and Sabres get first taste of outdoor hockey in Hamilton