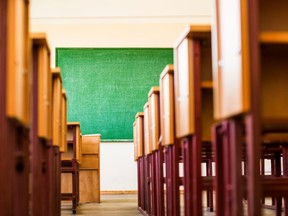 The number of Ontario teachers on the Sunshine List more than doubled last year.

The TDSB — the largest school board in the province — had 10,549 staff members pulling in six figures, a single year increase of 6,971.

Premier Doug Ford’s salary of $209,278 including taxable benefits pales in comparison to the highest paid.

The peak four earners in the province’s public sector last year worked for Ontario Power Generation (OPG), which operates nuclear plants and other complex electricity-producing facilities, with head Kenneth Hartwick topping out at $1,635,786 in salary and taxable benefits.

Some Crown agencies, including many advisory committees, had no six-figure salaries to report.

We all lose when we don’t build enough homes