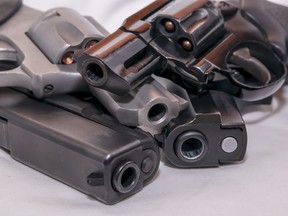 There is a narrative in Canada that more guns equals more deaths.

It turns out that may not actually be the case.

3. Statistical conclusions made without using statistics. Some studies interviewed victims of gun crime and used their experience to make statistical arguments. Instead of focusing on the experience of the victim, which is a relevant field of study and appropriate for the scope of the study, one paper, for example, made the claim more guns equals more homicides because 10 people saw family members killed by people using guns. This is making a quantitative (measurable) conclusion by using qualitative (descriptive and immeasurable) data.