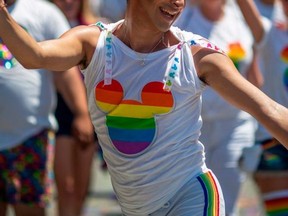 Disney executives want to see more diversity and inclusivity in their shows and movies.

Karey Burke, president of Disney’s General Entertainment Content, led the charge in a company-wide virtual call earlier this week that was posted to Twitter by journalist Christopher Rufo.

Burke was dismayed to learn that the company only had a “handful” of queer lead characters and asserted that she wanted at least half of Disney’s characters to be part of the LGBTQIA community or a visible minority.

“In my little pocket of Proud Family Disney TVA, the showrunners were super-welcoming … to my not-at-all-secret gay agenda,” Raveneau said in another video.