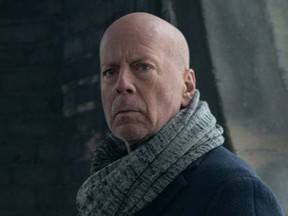 Willis unexpectedly fired a gun twice on the wrong cue during the filming of ‘Hard Kill’ a co-star said. Photo by Vertical Entertainment

Bruce Willis, who is retiring from acting due to cognitive difficulties brought on by aphasia, struggled with its symptoms during production, media reports say.

No one was injured, but one crew member said he remembered Kent looking shaken that day.

Another crew member said Willis “did fire the gun on the wrong line” but added that “we always made sure no one was in the line of fire when he was handling guns.”

‘We need to do a better job:’ Minister acknowledges gaps in Sask. mental health system

‘We need to do a better job:’ Minister acknowledges gaps in Sask. mental health system