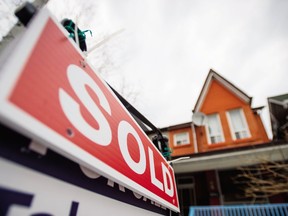 Property prices in Canada are set to fall as rising interest rates bring an end to a “speculative fever” in the housing market, the country’s banking regulator said on a podcast.

An extended run-up in home prices, readily available mortgages, and a propensity among Canadians to buy and flip homes have all fueled the buying frenzy, Peter Routledge, head of the Office of the Superintendent of Financial Institutions, said on The Herle Burly podcast this week.

Higher rates are set to dampen that fever and lead to a slowdown in prices, he said.

“In some markets, where you had really rapid increases in prices, you could see a fall of 10 per cent, 20 per cent,” Routledge said.

Routledge indicated, however, that sharp declines in certain housing markets are unlikely to pose a broader threat to the country’s financial system, pointing to the way in which Vancouver and Toronto — the country’s two most expensive markets — have weathered similar declines in recent years.

More news, fewer ads, faster load time: Get unlimited, ad-lite access to the Vancouver Sun, the Province, National Post and 13 other Canadian news sites for just $14/month or $140/year. Subscribe now through the Vancouver Sun or The Province.