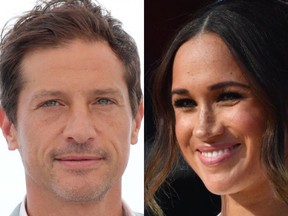 Simon Rex revealed the sweet note he received from Meghan Markle after his own kind gesture.

“I was broke as f—! I really needed the money,” he told the Guardian. “But I’ll be on food stamps before I do that.”