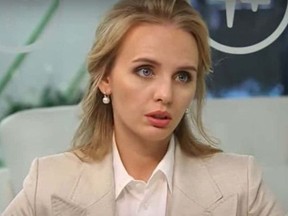 Not only are Russian strongman Vladimir Putin’s dreams of empire being shattered in Ukraine but he also has woes on the domestic front.

According to reports, Mad Vlad’s eldest daughter’s marriage to her Dutch husband has imploded along with her dreams of opening a medical centre catering to mega-wealthy foreigners.

Faassen was an executive at the country’s Gazprombank-Invest and Stroytransgaz.

Vorontsova’s sister Katerina Tikhonova, 35, is also divorced and a product of the president’s first marriage.