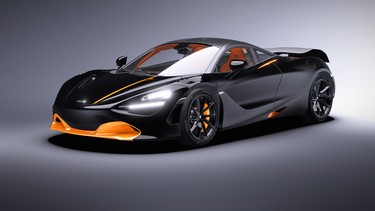 McLaren Automotive is celebrating its 10th anniversary selling cars in Canada, and to mark the occasion, Pfaff Reserve, the carmaker’s Canadian distributor, has placed an order for an exclusive run of 720S supercars, a special edition appropriately named the “Canada 10th Anniversary MSO 1/10.”

These orange design elements reference the brand’s early racing history in Canada, which includes Can-Am wins in 1967 and 1969 through ’72, as well as Formula One wins in 1968 and 1973.

Evolutionary: Where the Mercedes-Benz station wagon earned its rep

Evolutionary: Where the Mercedes-Benz station wagon earned its rep