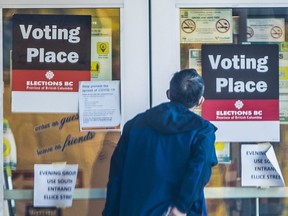 A provincial byelection has been called for April 30 to elect an MLA to replace former B.C. Liberal leader Andrew Wilkinson.

Wilkinson resigned from his seat in the Vancouver-Quilchena electoral district on Feb. 17, 2022.

The nomination period runs until April 9 at 1 p.m., with advance voting from April 22-27. Elections B.C. will send information about where to vote to every registered voter in the Vancouver-Quilchena before advance voting starts.

Voting place will be open from 8 a.m. to 8 p.m. on April 30 and preliminary results will be announced shortly after voting closes.

GUNTER: Breaking down CBC’s obsession with race and diversity

GUNTER: Breaking down CBC's obsession with race and diversity