‘As I’ve watched the far left destroy the country, I knew I had to step up and join the fight,’ the former U.S. vice-presidential candidate says 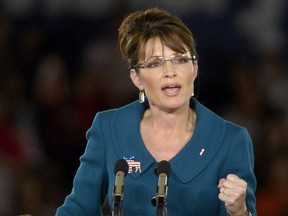 Sarah Palin, the Republican nominee for vice president in 2008, announced her run for Alaska’s only seat in the U.S. House of Representatives on Friday.

Such fiery, anti-establishment rhetoric came to define Palin’s vice-presidential campaign in 2008 and served as a precursor to the rise of Republican former President Donald Trump and the modern Republican Party.

A website, sarahforalaska.com, was set up as of Friday evening for Palin’s campaign. The home page of the site says, “Sarah Palin is running for Congress!” and seeks donations.

Angels aim for stars with Trout, Ohtani, Rendon all healthy

Angels aim for stars with Trout, Ohtani, Rendon all healthy