These 38 vehicles will fight for Canadian Car of the Year

These 38 vehicles will fight for Canadian Car of the Year 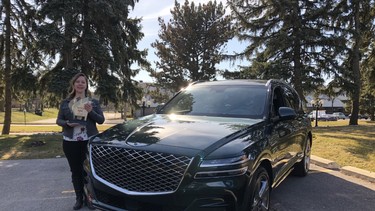 What are the best vehicles in Canada? We’re getting closer to finding out, as the Automobile Journalists of Canada (AJAC) has announced the finalists in each category in its 2022 Canadian Car of the Year and Canadian Utility Vehicle of the Year awards.

Once the category winners are announced in February, they will then vie for the overall trophies for car and utility vehicle (the latter includes SUVs, trucks, and minivans). The vehicles are voted on by AJAC members who specialize in vehicle reviews – including several at Driving.ca – and who have driven the vehicles under consideration.

The program looks at all vehicles for the model year, including all-new, refreshed, or carried-over examples, providing they have been test-driven and voted upon by a minimum number of writers. (Approximately 250 vehicles were under consideration for voting, but some new-for-2022 vehicles, such as the Ford Maverick, were not included because they were not available for testing prior to December 2021.)

The winners are usually named at auto shows, but with the cancellation of the Montreal International Auto Show and Toronto’s Canadian International Auto Show (CIAS), the category winners will be announced on social media, starting the week of February 7, 2022. The overall Canadian Car of the Year and Utility Vehicle of the Year winners will be announced on February 28, 2022 in partnership with CIAS, but exactly how it will be done has yet to be determined.

AJAC also annually gives out its Innovation Awards, recognizing new technology with its Best Technical Innovation, Best Safety Innovation, and Best Green Innovation trophies. These winners will be announced at a later date.

The finalists for the 2022 categories are: